The Great Ocean Road runs for 243 kilometres between Torquay and Allansford on the south eastern coast of Victoria, Australia. It is heritage listed and is one of the worlds most scenic coastal drives.

London Bridge. Originally there were two arches but one has since collapsed due to the erosion of the waves. 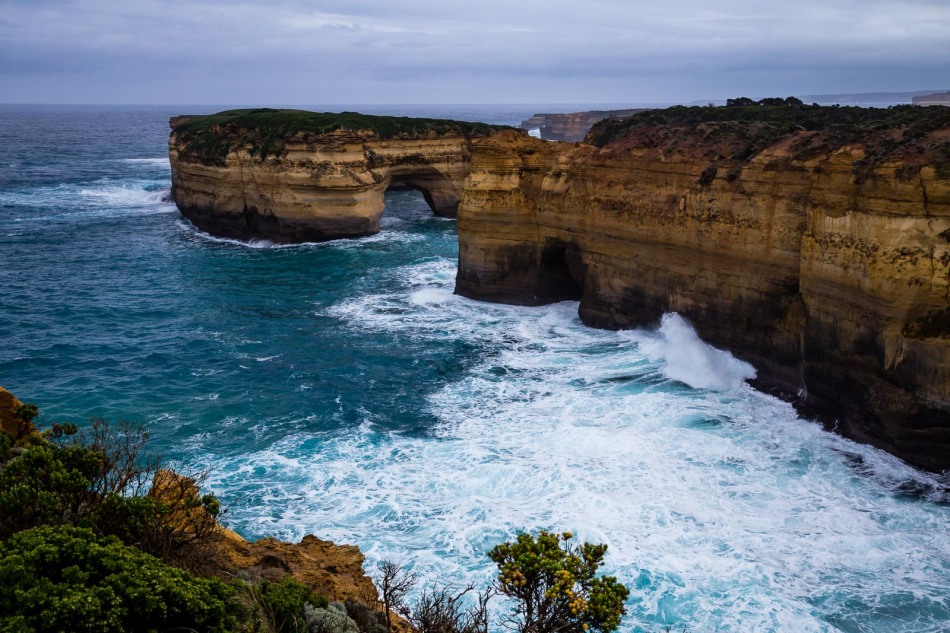 Loch Ard gorge close to where the clipper ship Loch Ard ran aground in 1878. 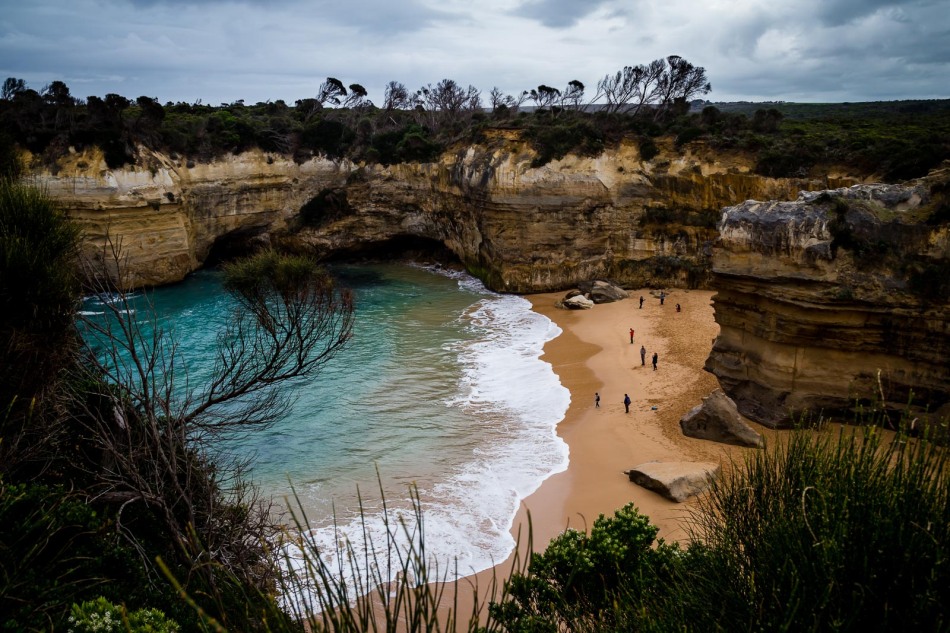 The sandy cove at Loch Ard gorge where the two survivors of the shipwreck managed to get ashore. 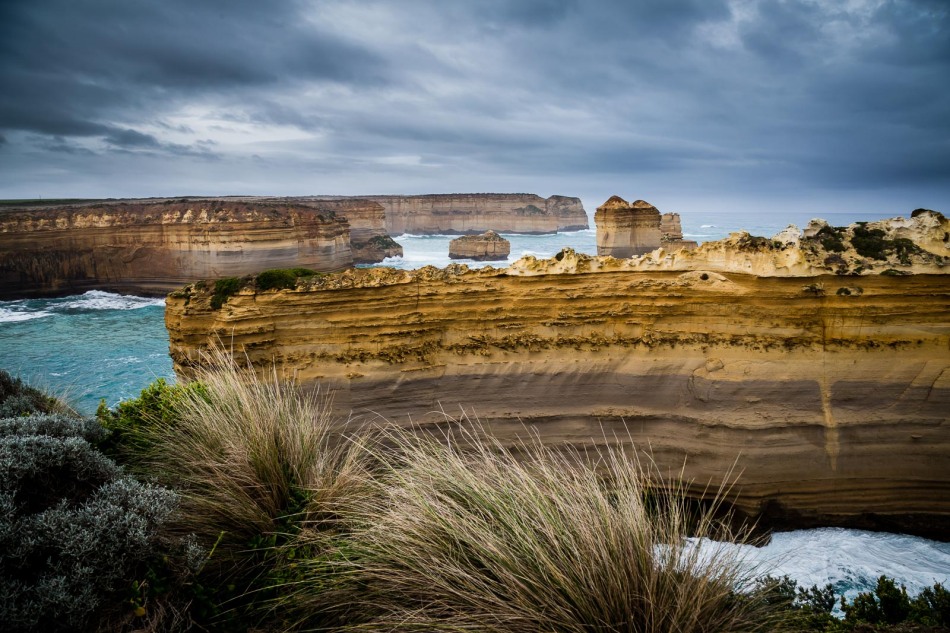 The Razorback on the Great Ocean Road is a thin wedge of rock, steadily being eroded away by the action of the sea. 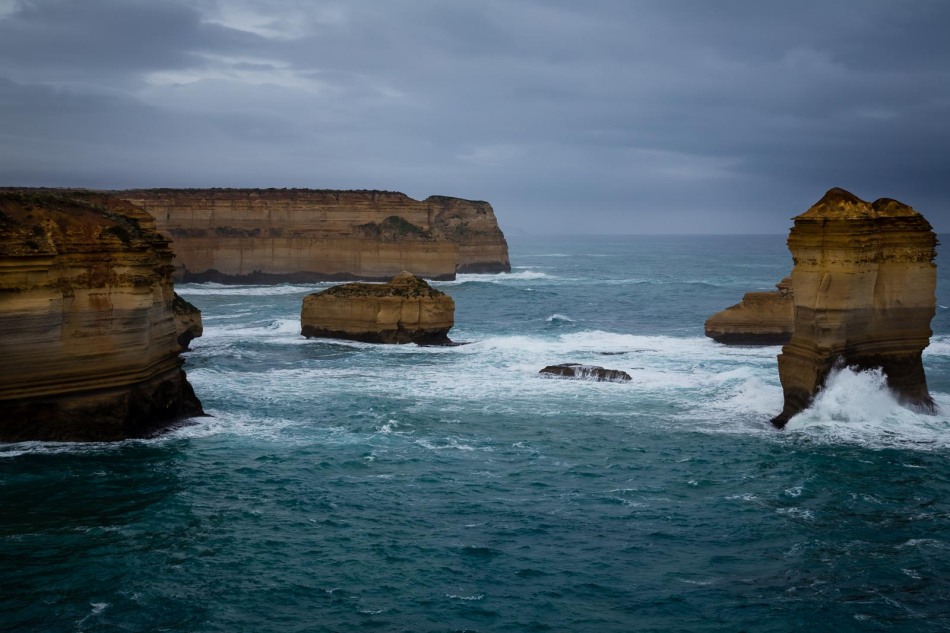 Stormy afternoon over the Southern Ocean.