Today we were lucky to be taken into the forest just outside Ulladulla, and shown an enormous old Spotted Gum tree. 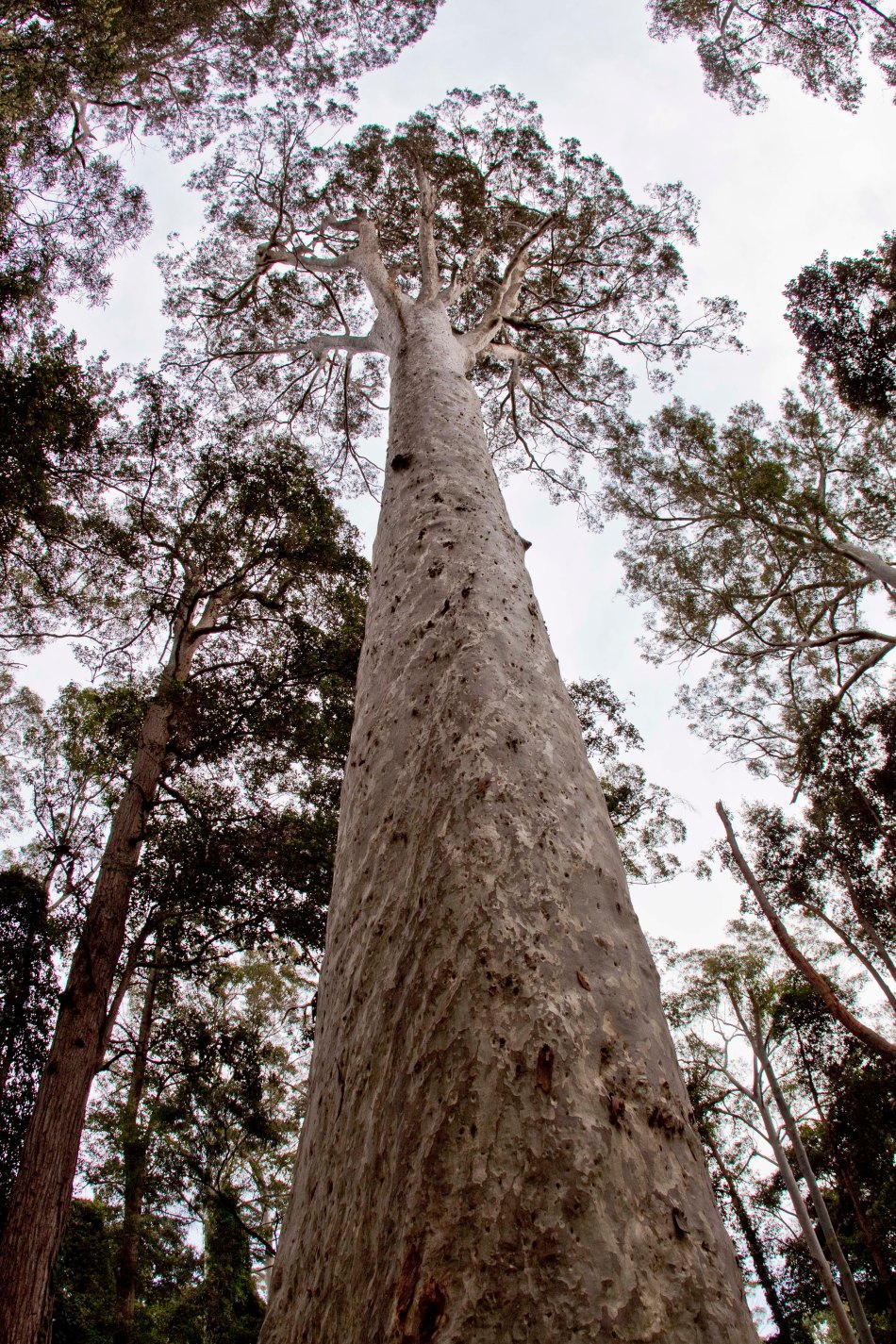 This gigantic spotted gum is so big it is difficult to fit into one photo. In the end I used a fish-eye lens to try to capture the whole tree in one image.

This is a venerable monster of a tree, growing in state forest between Ulladulla and Batemans Bay, and until recently it was regarded as the biggest of its species.

Its diameter at a human’s breast height (the point at which foresters measure a trunk’s girth) is 2.92 metres and its canopy towers more than 50 metres above the forest floor. 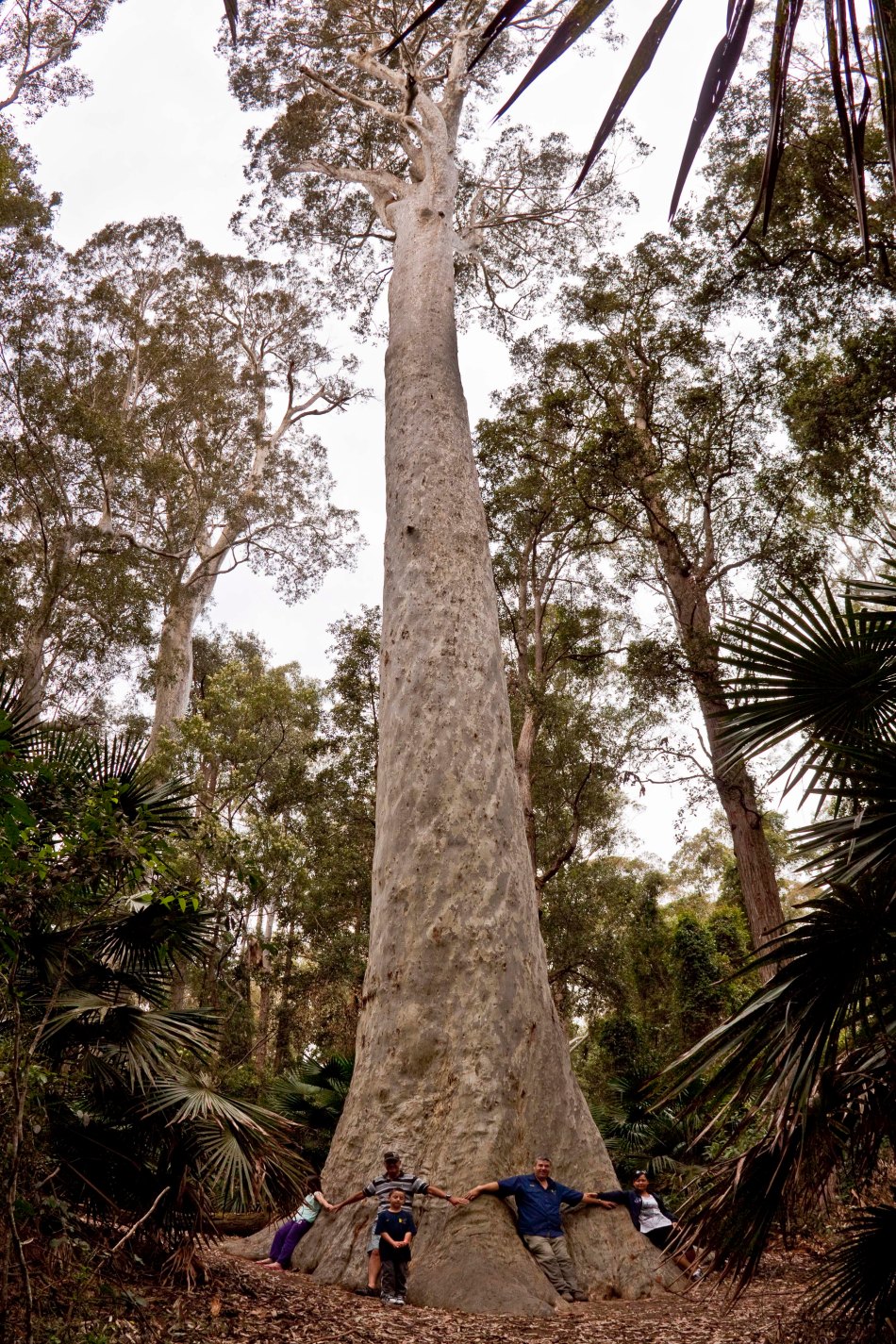 You can get an idea of the immense size of this tree when you compare it with the size of the people linking hands around the base.

At a growth rate of half a centimetre a year, the tree could easily be as old as 500 years. It is such a privilege to see a tree like this growing in the forest and I am thankful for the respect shown to the forest giant by the loggers who chose not to cut it down all those years ago when they cleared the surrounding area.

This entry was posted on September 28, 2012 by Rhonda Buitenhuis. It was filed under Australia, Photography, Travel and was tagged with Australia, huge tree, nature, New South Wales, outdoors, photography, photos, Spotted Gum, travel.