Last night we had the company of some very unusual vehicles! The W.A. Variety Bash was in Broome and camping at our campground, so we had the opportunity to meet some of the characters taking part in the Bash. Some of them have competed for over 20 years, and we were surprised to find a couple of all female teams as well. The cars are all pre-1985 (prior to this year the vehicles needed to be pre-1975) and it seems it is a labour of love as the cars need special gear and modifications to enable them to (mostly) withstand the tough conditions. These guys will be travelling along part of the Gibb River Road, which is designated 4WD only, in conventional vehicles and finishing up in Kununurra. Therefore it is important that they have the backup of the four vehicles for running repairs, and a ‘sweep’ car that follows in the rear and makes sure no-one is left behind at the end of the day.

The Wacky Witches were on their very first Bash, two women on their own and they would have been well into their seventies. Good to see, and they were having a ball (so far at least!) 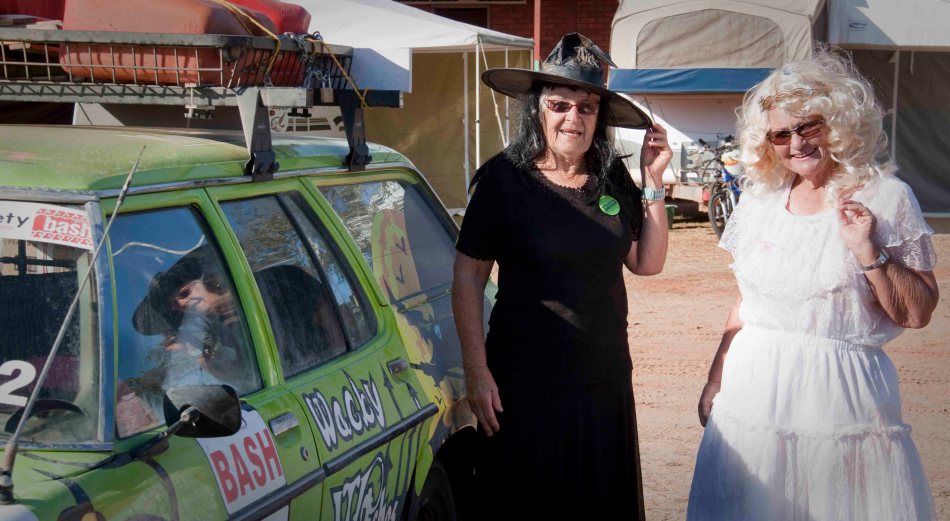 The Wizard of Oz was another all girl team, driving a 1963 Valiant Safari 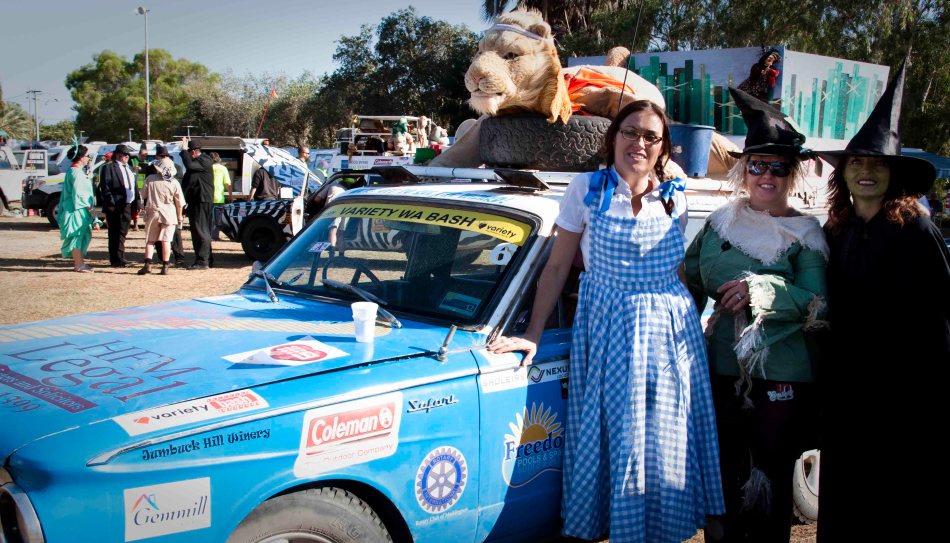 Out of Africa was a husband and wife team. He has done over 20 Bashes and this is his wife’s seventh. They were driving the same model Valiant Safari that we had when I was growing up, except we didn’t have the zoo of animals on the roof…or stripes painted on the sides…

This team was another African inspired theme, with the great white hunter and his herd of zebras. Must have been very warm in the long sleeve zebra suit (the girl made it herself from a doona cover)

One that really caught our eye was Betty Boop. This is another husband and wife team, and they told us they have different costumes to choose from each day. They have used this vehicle for the past seven years, and wouldn’t miss it for anything. Today they were dressed as Uncle Sam and the Statue of Liberty, and I think they would have been pretty warm too.

This entry was posted on August 8, 2011 by Rhonda Buitenhuis. It was filed under Uncategorized and was tagged with Australia, Kimberley, photography, travel, Variety Bash, Western Australia.